I recently received a topic suggestion from a blogger regarding the “ownership” of gold in the U.S.  We have been under the assumption that only 1% or maybe even less of Americans has “gold.”  When this 1% number is tossed around, it usually refers to bullion such as coins or bars that were purchased to “speculate” by some and to “save” by others.  The reader pointed out to me that when we talk about the near 100% ownership (by those with funds available to purchase) by the Indians, much of their gold is “decorative” or in the form of jewelry.

This is a very valid point, MANY Americans do own gold but don’t ever think of it as “savings” investment …or even anything of value for that matter until they walk out the door of a “cash for gold” store.  The cash for gold “street sweeping” as I call it has been going on for nearly 5 years now.  We’ve seen stores pop up all over the place. We’ve seen and heard advertisements telling us “we’ll buy your unwanted gold and silver” FOR COLD HARD CASH!  Before going any further, I just had a funny thought.  How did this saying “cold hard cash” ever even come about?  Are paper dollars ever cold?  Are they hard?  No, “cold hard cash” when you think about it… the term must have been “coined” (pun intended) back in the days when cash was in fact cold and hard…back when cash was metal.

In any case, Americans do not think of jewelry as money which is why they have been so eager to turn their jewelry into “money.”  This phenomenon is now slowing to a crawl as we see many shops closing up and advertising dollars dry up …as the supply has dried up.  Americans have helped to make ends meet over the last 5 years by selling their family heirlooms, necklaces, rings and earrings.  This source of “savings” is now pretty much gone and already been spent.

It is the “mindset” that I’d like to talk about.  Americans have never (in my lifetime) thought about jewelry as “money.”  Yes it could be pawned and it has but the brainwashing for 80+ years seems to have taken its toll.  The number of “1%” ownership of bullion is probably correct while the number of 80 or 90% is probably the number for total ownership.  But, and this is a big “but,” 99% of Americans don’t even think of gold as money, currency or even valuable.  This is so sad knowing what we do about what is mathematically coming.  We are headed directly into a massive currency crisis where our currency will be devalued which will wipe out many that actually do have large current bank balances.

Would a massive devaluation wipe out the Indians?  No it would not.  It would not because the Indians are used to large devaluations and instead of saving in banks, they save in gold.  Yes they wear their gold and admire it for its beauty but they understand that the bottom line is that gold jewelry is “value,” it is “savings.”  Savings that gets passed on from generation to generation.  This thought process is also held by the Chinese but they are much bigger buyers of “non jewelry” gold in the form of coins and in particular bars.

Here is the thing, and I hate to be the bearer of bad news but this is all happening at a time when it will be most damaging to Americans.  The “markup” is coming, this I believe more than almost anything else.  The markup is coming AFTER Americans have sold what little gold that they had to begin with and after 80 years of constantly being told that gold is not money, it’s scary, volatile, a bad “investment” etc.

To me this is very scary because the unsuspecting will be massacred by no fault of their own.  You can argue that it is their fault, I however don’t think so.  Gold was taken out of circulation, it has been smeared, the price suppressed and portrayed as “scary” almost anywhere one looked.  Getting and keeping gold out of the hands of Americans has been a full time job.  Anyone who has gone against this campaign really had to think research and deduce for themselves whereas the Indian people learned this from birth and the Chinese even have their own government cajoling them.

I do want to point out that the “cajoling” from China was a smart policy in my opinion.  This “suggestion” by the government kills several birds with one stone.  It certainly does allow wealth available to a middle class that is now being created.  I am sure that China has known for quite some time (as did Mr. Putin) that gold would be remonetized and marked up as the dollar gets re(de)valued downwards.  This policy puts gold in hand to the people and there are LOTS of them.  The “lots” part means many buyers and many buyers means “tonnage” which has been stripped away from the West.  The population has merely augmented official purchases by China and is putting more pressure on the West to come up with metal.  This in my opinion was a very well thought out strategy and one that will allow China to emerge as “the winner,” maybe without even firing a single shot?

If you understand the above and agree with it then there is no reason for you to be blindsided when it happens.  If you are currently part of the 99%, there is still “some” time left to exit this category and protect your family.  This concept is well known all over the world, it has been purposely muzzled in the U.S. to keep the dollar alive and on life support.  It is so much easier to believe what you “want” to believe, especially when your view is “helped” each and every day.  This is a very dangerous situation and one where it is imperative to think for yourself to form your own beliefs.  Just remember the saying “I am from the government and I’m here to help you,” they have helped us for over 80 years put our life savings in something that has done nothing but devalue and will die a bloody death in the end.

I’ve attached a photo of Kathy’s latest painting; this is of an “Indian paintbrush” (Texas wild flower).  Also is a photo of a hummingbird that she finished many months ago.  She started a portrait of her daughter nearly 3 weeks ago and it’s taking most all of her time so she is not knocking them out very quickly as the subjects are much more difficult, it’s starting to look fabulous and I will post it when she’s finished.  Also a couple of photos of my amigo Principe’ for you horse lovers. 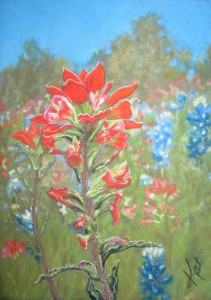 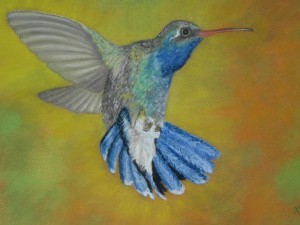 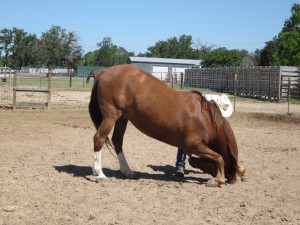 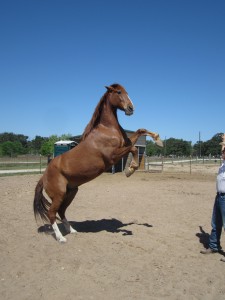 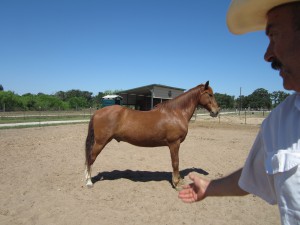